Health workers are back on the streets of Peshawar in Pakistan, defying death threats so they can vaccinate children against polio. Nine of their colleagues were killed last month – so now they’ve been given extra security. Despite the risks, many health workers say they must carry out this important task. Last year, 58 cases of polio were reported in Pakistan last year. Al Jazeera’s Osama Bin Javaid reports from Islamabad. 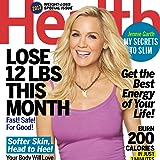