www.facebook.com twitter.com Day 24 Using First Defense Nasal Screens. From the very first time I received First Defense Nasal Screens. I have been video blogging every day. This gives you and myself to see the progress that I’ve been making. Back history: Since 2007 for some reason the change of the season makes my lungs fill up with fluid. Usually last seven weeks and then it just goes away. Because my paralysis is from the neck down from a gun shooting it is difficult for me to cough strongly and clear my lungs. Fluid in your lungs can lead to a lot of things. If you do not get them clear It can be serious! If I cannot clear the fluid myself I will need someone to assist with pushing on my diaphragm to help me cough. The whole experience can be exhausting! Past remedies: In the past I’ve tried different antibiotics, breathing treatments, inhaler,, allergy medicine, warm tea, vaporizers, and vest by Hill ROM. Motivation to use First Defense Nasal Screens: I was watching Shark Tank on ABC. There was a product called First Defense Nasal Screens. As I was watching I thought to myself. That product may help me clear my lungs or reduce the fluid. I immediately researched and tracked down how to order First Defense Nasal Screens. It was really easy when I use the Google search engine. I typed in nasal screens and shark tank. This will be in the right direction to make my first purchase. I received my first week supply. When my nose was clear they were placed over my nostrils … 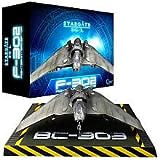